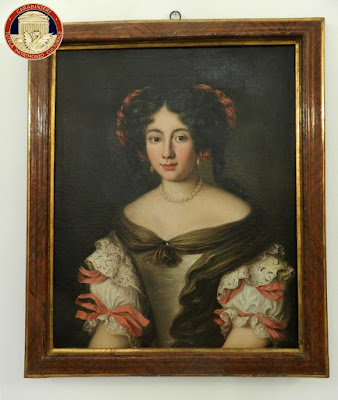 The team of the Carabinieri del Nucleo Tutela Patrimonio Culturale (TPC) in Palermo, under the command of Magg. Luigi Mancuso, has proven once again that patience makes perfect when it comes to the recovery of stolen art.  While the squad has not yet recovered the Nativity with St Francis and St Lawrence, the Caravaggio masterpiece stolen in 1969, they have recovered a painting from the 1600s stolen thirty-two years ago.
The painting, an oil on canvas, is a portrait of Marta Ghezzi Baldinotti (1649-1718), wife of marchese Cesare Baldinotti, and was taken from Palazzo Chigi, a historic building in the historic center of Ariccia, in the province of Rome. The artwork was identified during a series of investigations as well as a crosscheck of records within the Carabinieri Leonardo Stolen Art database and was found to be part of the inventory of an antiques dealer in Palermo.
Questioned by law enforcement, the antiquarian gave an implausible answer as to how and where he had acquired the works and when pressed for proof of ownership was unable to substantiate legitimate his ownership or how how he came to be in possession of the oil painting. During their investigations the Carabinieri squad in Sicily also identified a second individual, from Marsala, who along with the antiquarian has been referred to the Public Prosecutor’s Office at the Court of Palermo for receiving stolen goods. 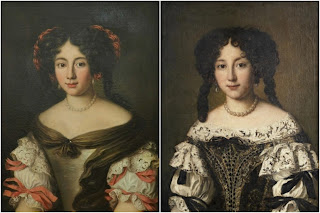 While the press release from the Carabinieri have not listed the name of the artist who painted the portrait the oil painting appears strikingly similar to another portrait of the Marchioness Marta Ghezzi Baldinotti attributed to Jacob Ferdinand Voet, a Flemish portrait painter from the Baroque period who is known for his portraits. He had an international career, which brought him to Italy and France where he made portraits for an elite.
To read the rest of this article please follow this link to the ARCA blog