Repatriation: The Case of the Stolen TEFAF Buddha

In a tale that began as a follow up to a funding initiative, I was scheduled to be in the Netherlands this past March to meet with folks at Maastricht University who ARCA was collaborating with on an EU funded Horizon 2020 grant proposal designed to address the critical issues involved the illicit trafficking of antiquities (which, by the way, we were later not awarded).  “The European Fine Arts Fair,” or more simply by its art market acronym, TEFAF.  Part of the impetus for meeting in the Netherlands was that I was already in Maastricht, as each year, since 1988, the city has played host to an annual art, antiques, and design fair at the MECC which is organized by The European Fine Art Foundation called 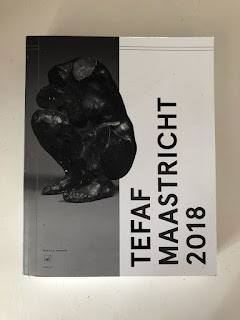 I was at TEFAF to keep an eye open for looted antiquities which might be on sale with fabricated provenances — artworks from the ancient past which have no legitimate pedigree as they have been looted directly from the ground.  Illicit antiquities like these have a propensity for eventually bubbling up into auction house and trade fair sales as their illicit excavation from archaeologically rich sites means that they will not appear in any for-fee stolen art database searches as there is no way to report a previously unknown object as missing.  Once a looted object gains a plausible fabricated provenance, it only takes a few purchases and a publication in one or two glossy exhibition catalogs, to give a looted object a superficial patina of legitimacy.
To read the rest of this article please follow this link to the ARCA blog